GEEK is the native token to the Geek Network and the keystone for a new, inclusive, and borderless digital economy. As a proof-of-stake blockchain, Geek Network relies on GEEK to reward the validators that participate in the PoS consensus mechanism to secure and uphold the network. As a purely transactional cryptocurrency, GEEK is also suitable for use in micropayment and other payment applications.

The protocol will initially be governed by the founding team, and will eventually transition to a Decentralized Autonomous Organization (DAO). As part of the DAO, holders of the GEEK token will be able to initiate proposals and vote on issues that will steer the direction of the protocol.

GEEK is a low-inflation cryptocurrency designed to provide benefits as collateral for newly created tokens on the network. This includes stablecoins, fungible assets and decentralized financial protocols. The use of GEEK as collateral means that as demand for secondary tokens increases, demand for GEEK tokens will increase accordingly.

In addition to the main features that serve the needs of decentralized finance. GEEK emphasizes the adoption of micro payments in real ecosystems and partners like payment for online services and digital products.

GEEK has several important characteristics vis-a-vis the way it secures and powers the network:

GEEK is an inflationary currency with no supply cap. This decision was made in order to incentivize a high level of staking participation in the early years of the protocol, which will increase the level of decentralization. Since staking is open to all tokens on the protocol, any token holder is able to avoid getting diluted by staking or delegating.

Initially, the ERC20 and BEP20 version of the token will be released, and later on, with the token swap 1:1, the token vesting allocation will start. There are a total of 9B GEEK tokens and the circulating supply at the time of the Token Generation Event(TGE) will be around 120M tokens with the distribution plan as the following: 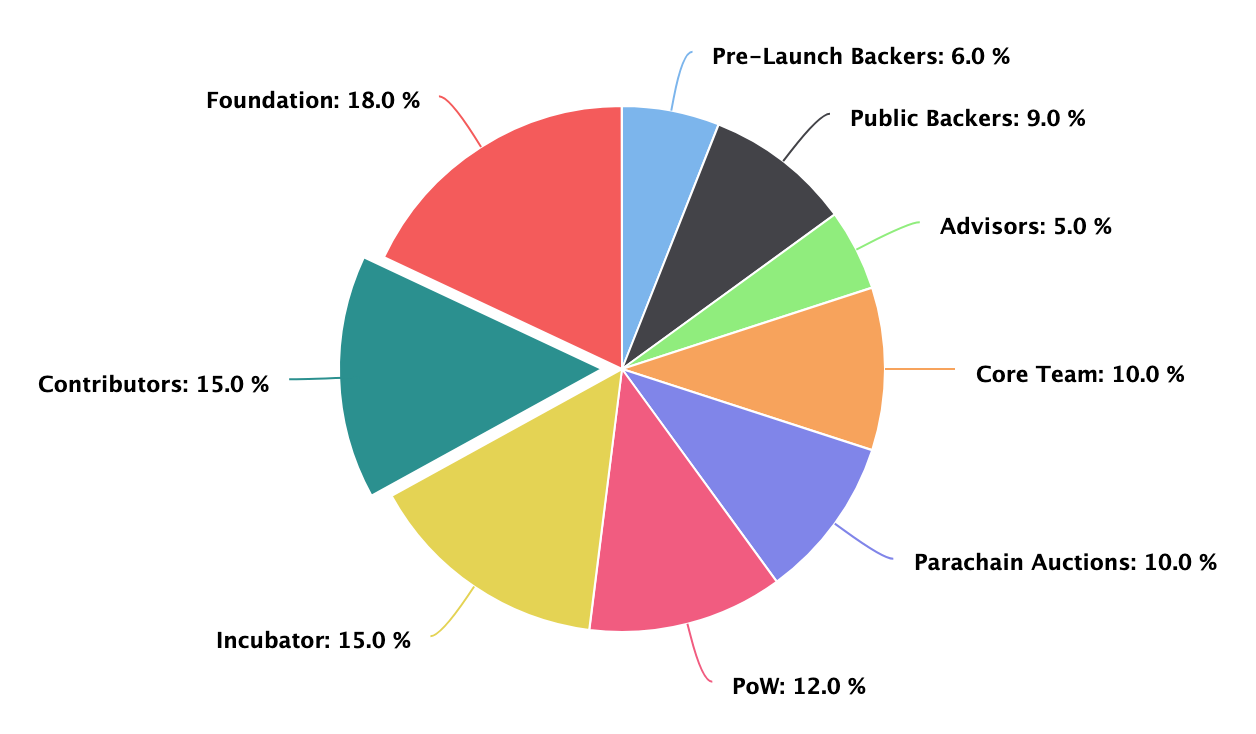 Our global network of advisors has been invaluable to the development of the Geek Network ecosystem.

A startup incubator is a collaborative program designed to help new startups succeed. Incubators help entrepreneurs solve some of the problems commonly associated with running a startup by providing workspace, seed funding, mentoring, and training. The sole purpose of a startup incubator is to help entrepreneurs grow their business ideas to expand the Geek ecosystem.

The Core Team has demonstrated their commitment to the project by working relentlessly over the past almost 4 years.

These funds will be distributed to:

Reserve tokens may be issued for strategic reasons, exchange integrations, partnership development and liquidity bootstrapping, etc. The reserve will not participate in staking, thus not diluting staking rewards while locked. As the name implies, reserve tokens act as a buffer and may not need to be issued in full capacity.

5% released at TGE. Use for liquidity bootstrapping, exchange integrations.

Funds to be used for future Parachain Lease Offerings.

Geek Network launched in 2018 with name GEEK, the first version was based on Dash and mined using PoW and Masternodes. With the amount of GEEK mined using PoW migrate to a new chain:

5% released at TGE, the remainder locks for 2 years, then 5% monthly.

These are some of our longstanding supporters and strategic alliances that we would deem smart money who were willing to contribute early. Their commitment and backing speaks to our shared vision for the project.

The tokens are being issued as per release schedule of the respective round. Tokens that are not sold out will be allocated to the Foundation Reserve

Funds raised through the Backers will be used to develop and to support the liquidity of the GEEK token. This includes:

Should you have any questions regarding the Geek Network project, GEEK token, the contents of this Litepaper or the sale of GEEK tokens. Please, do not hesitate to contact [email protected]